Skip to content
Disclosure: Your support helps keep the site running! We earn a referral fee for some of the services we recommend on this page. Learn more

Competition on the web is fierce, and your competitors could be more ruthless by the day. Some webmasters have resorted to using dirty tricks, known as Google bowling, to sabotage competing websites.

Google bowling is a black hat technique, but unfortunately, it can be incredibly effective. Arm yourself with the knowledge you need to protect your site’s reputation.

Here are some of the things competitors do to undermine legitimate websites.

1. They make you look like a spammer on other blogs

Leaving comments on blogs that relate to your site is an effective way to build your online reputation and develop relationships with other webmasters.

Of course, leaving spammy comments will have the opposite effect, leading webmasters and Google spiders to believe that you’re exploiting them.

Devious competitors may use spam scripts that will post your URL in thousands of blog comments and forums. This will diminish the quality of your backlink footprint, as well as damaging your professional reputation.

2. They get your site banned on popular websites

Community sites are increasingly good at filtering out spammy URLs. Digg and Reddit are reluctant to ban a URL, but they could make it impossible for flagged URLs to see any traffic. Unfortunately, it’s fairly simple for competitors to sabotage your domains by repeatedly submitting your worst content under a false account. They can accelerate the process by registering a few accounts at each site using the same IP, then voting for your content using their multiple accounts.

Most social media sites will think that you’re trying to artificially promote your content, so they will ban your domain from their system. 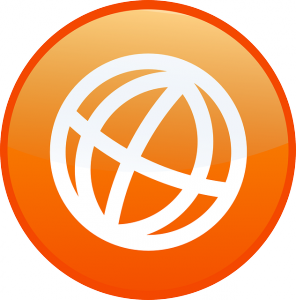 3. They will destroy your link profile

Google has taken action on link farms and directories that have been sources of spam. Unfortunately, some still slip through the radar.

By submitting your site to these link farms, a competitor can destroy the quality of your backlink footprint, and thus lower your trust ranking. This trust ranking determines how high you end up in the search engine results.

If your competitor wants to take it one step farther and try to ban your site from Google’s rankings altogether, they can report you for engaging in link buying, even though they bought the links themselves.

Google is smart enough to recognize and filter out duplicate content; it only ranks the version it saw first. Unfortunately, this isn’t foolproof unless you help Google to determine which is the original page.

As a consequence, a shrewd competitor can keep a regular eye on your site using your RSS feed, and as soon as you post something new, rip off your content and post an identical version on their own site.

If Google indexes your competitor’s version as the original, you’ll miss out on rankings and possibly have your backlink footprint damaged, as Google recognizes duplicate content as an indicator for probable spam sites. If you repost content intentionally (for example, when syndicating your site), always use canonical links to make the original source clear. 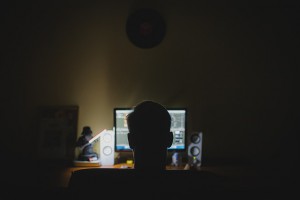 A 301 redirect is a piece of code that tells search engines and visitors that the page has moved to a new location. This kind of redirect is a legitimate webmaster technique that is used to redirect old domains to new ones.

Unfortunately, a 301 redirect can also be used by competitors to sabotage your ranking.

By hacking your site and redirecting your pages to theirs, they can steal both your traffic and your search engine ranking. If you’re dealing with a savvy competitor, they might only redirect some of your older archived pages so that you may not even notice the hijack for quite some time.

While a 301 hijack involves actually hacking your site, a 302 hijack can be accomplished without access to your site. 302 Hijacking is less about permanent Google ranking and more about stealing temporary traffic. A 302 redirect is a piece of code that tells search engines that a page has been temporarily moved, but that it will eventually be moved back to the original location.

With a 302 redirect, a competitor’s site will show up in Google and MSN search engine rankings instead of yours.

A shrewd competitor can put 302 redirects on their pages that point to yours. When your page shows up in the search engines, some of the time the visitors will be redirected to your competitor’s site, as Google and MSN mistakenly identify their site as the original.

6. They can hammer you with a denial of service attack

A DOS (or DDOS) attack is one of the oldest and most illegal online sabotage techniques. Essentially, a competitor overwhelms your server with external communications requests so that it is forced to reset, or it simply cannot serve up pages to legitimate visitors.

A well-timed DOS attack, particularly one staged during a promotional campaign, can kill your momentum and rob you of quality traffic.

DOS attacks take a number of widely varied forms. They are so illegal and easy to prosecute, so you won’t find many competitors in the western world who regularly engage in this sort of sabotage. 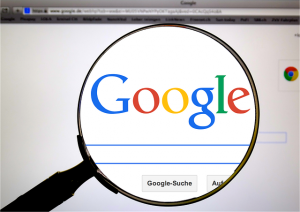 7. They can get you kicked out of the AdSense program

Google AdSense is, for many webmasters, the primary source of income from their site. Given its importance, it’s rather surprising how easily a malicious competitor can get you banned with a click attack campaign.

By simply going to your pages and clicking on ads repeatedly, your competitor will trigger a flag to Google that the advertising clicks you’ve received are illegitimate. Google assumes that you’re trying to artificially increase your own payout, and will ban users with this sort of action without warning.

While Google has a form which allows you to report the attack, many victims report that their inquiries are ignored and their accounts remain banned, despite reporting the incident.

Click fraud is abuse at the other end of the PPC spectrum.

You’ll pay for the increased clicks, but your conversions stay the same, resulting in a campaign that becomes unprofitable.

Often, this is the work of competitors who are bidding on the same keywords. They generally want to eliminate a competitor by raising their costs and lowering or eliminating their campaign profits in order to make participation unsustainable.

Have you been affected?

Although you may feel helpless against these attacks, victims of sabotage have the law on their side. Many of these 8 methods are explicitly illegal under US law. Those that aren’t still fall under the umbrella of bad faith or deceptive trade practices, both of which will provide you with legal recourse.

Of course, it is difficult if not impossible to exact legal revenge upon a saboteur outside the US, and fraud campaigns can hurt whether you win legally or not, so it’s important for webmasters to be proactive about protecting their sites.